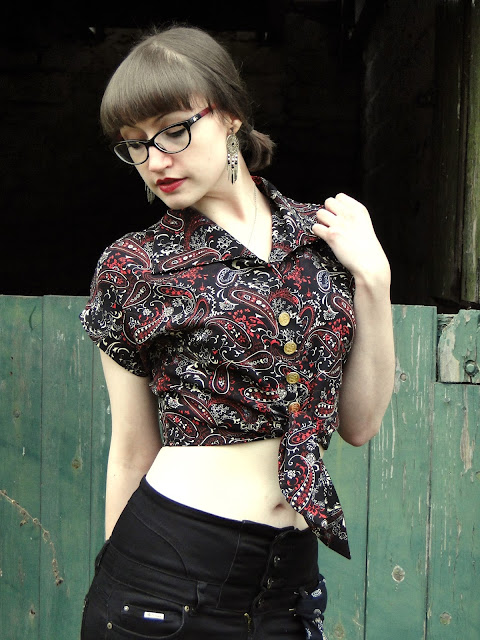 The time between Christmas and New Year is for two things; watching World's Strongest Man and having a play with sewing-y Christmas gifts before you have to go back to work. 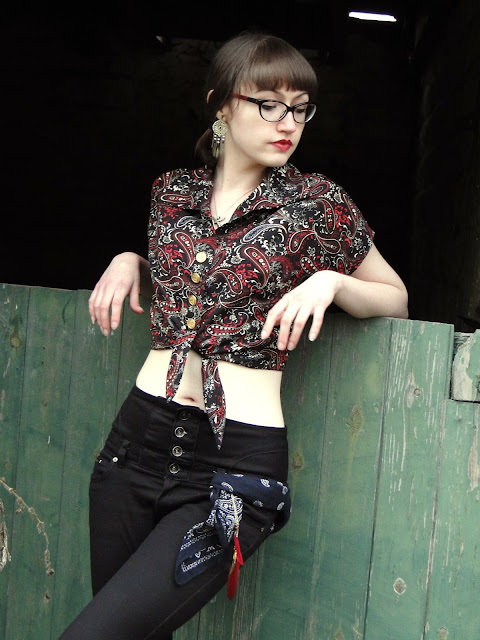 For Christmas this year I asked for Butterick 5895 Tie Waist Shirt pattern designed by Gertie. The pattern also features a jeans pattern not too dissimilar to the Shannon Shorts/Trousers from Simple Sew that I made a few months back. The shirt caught my eye a while back when I was a nervous beginner and I thought it was about time I found the courage- especially as it's labelled as easy! 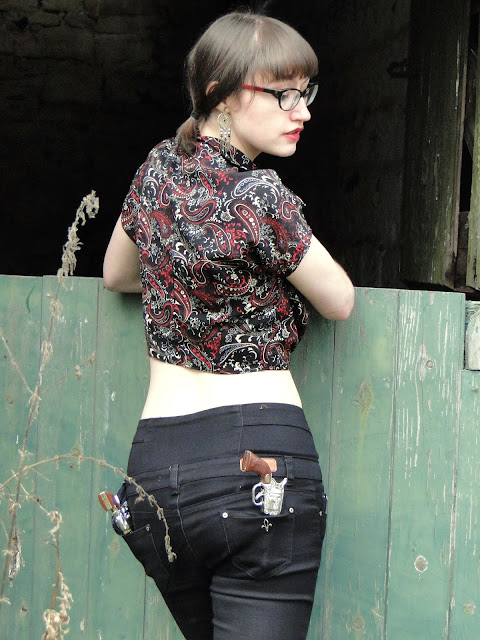 With the large shoulders of Gertie's shirtwaist dress in mind, I was super paranoid before I got started that I was going to end up with a shirt too big. I double/triple checked my measurements and also referred to the actual garment sizes that are notes on the pattern pieces to try and work out how much ease I was going to want in the shirt. Always finding my boob to waist ratio is never the average against commercial patterns (tits always a little too small apparently! I'll get over it...) I cut a 10 but graded down to an 8 at the bust/underarm area. If I'd been going strictly on my measurements I think I'd have cut a 12. I'm quite glad I didn't- although I could have gone bigger at the waist at the tie bit gathers it all together to look super retro, I don't think my shoulder/arm/bust area needed to be any bigger. The shirt isn't meant to be fitted, but I don't want to be drowning in it! If I was bigger busted I think I could have got away with it (and probably many other things.......). Maybe for future shirts I might think about taking a little out of the overarm seam, but worry that could play hell with that whole collar construction....

Transferring the dots from the pattern sheets is super important for this pattern. I tailor tacked the lot, and a few had fallen out by the time I got to sewing up, ha! Oh well I tried. The most important ones are the markings on the shoulders by the shoulder darts. One of the first things you need to do is reinforce the corners by the collar/shoulder dart before you clip. This all becomes very integral later down the line when sewing the neck facings and making the collar more collar-y, so just don't cack it up otherwise you'll set yourself a right task trying to get it all to fit together around those corners! 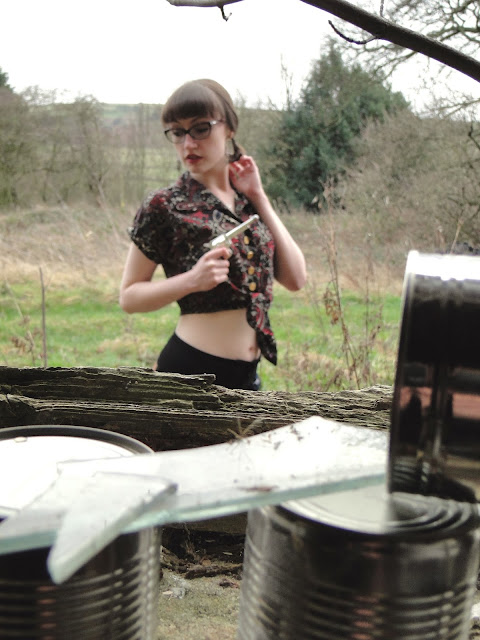 When that collar comes together though, it's a dream!! The way it crosses over at the back is a cute little design feature. I might maybe make the lapels a little smaller next time though. Don't get me wrong I think they looks ace, but they are maybe just a little too flappy!? Next time I also think I might use a stiffer interfacing on that collar just to give it a little more form. 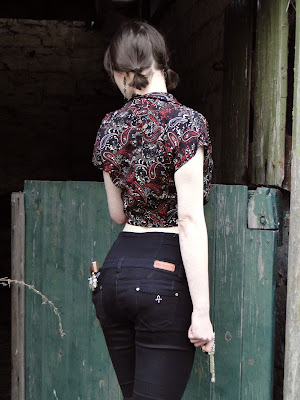 The way the facing turns into the collar is very reminiscent of the collar and facing on Gertie's Shirtwaist Dress to the point where I felt sickiningly nostaligic for last March when I made mine. The fabric I chose to make my shirt was the last of my stash from my trip to Leeds for Sew Up North, which was sort of a cross between the crape-y, swirly stuff I made my first Shirtwaist dress from and the random paislies of my second. 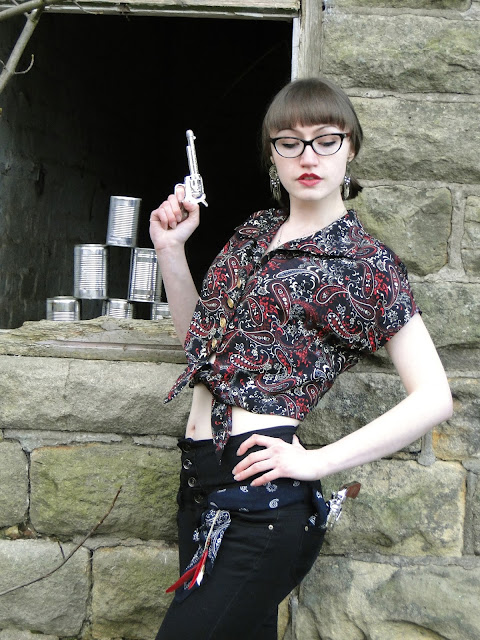 With this in mind, I think I would quite like to incorporate the sleeve band finishing of the dress on to the shirt, as I think the narrow hem can look a bit amaeatur? The sleeves are also maybe a bit too roomy?


Overall though, love the vintage look of the shirt. Would love to find some proper cowboy fabric any make myself a proper country and western shirt! 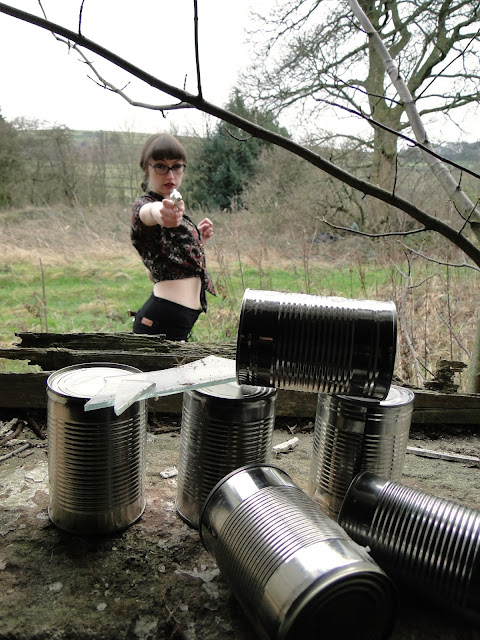 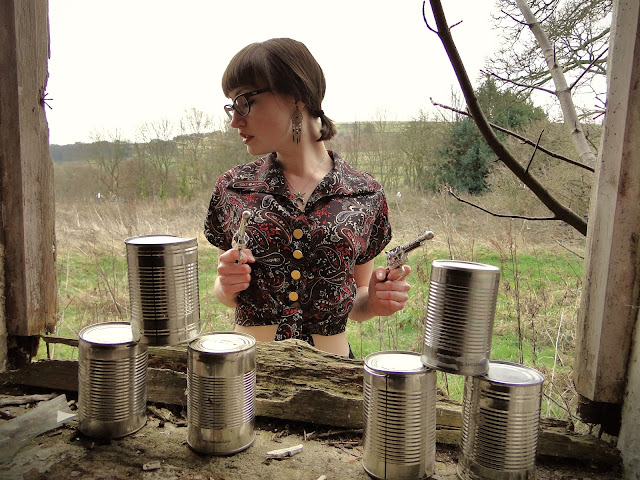 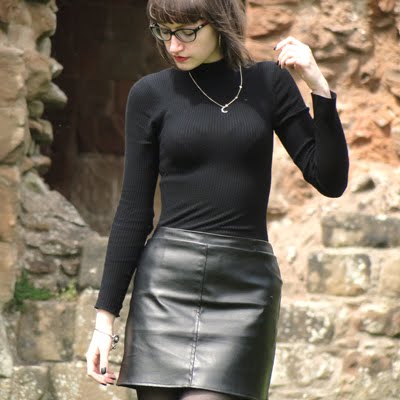 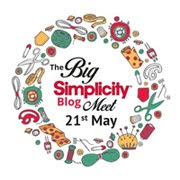